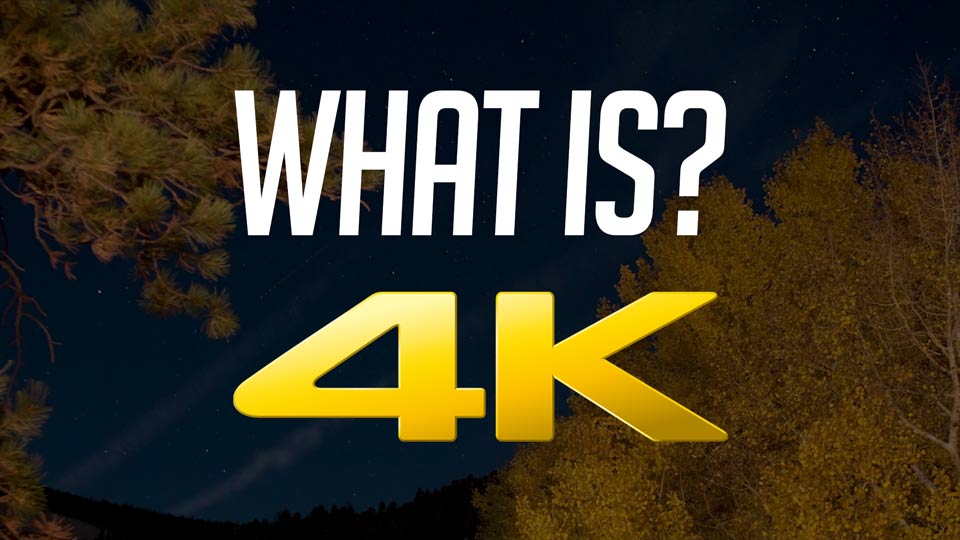 The What Is? series

You’ve heard more video terms than you even know.

Facebook claims it will be mostly video in a year or two. Instagram added video 2 years ago. We have video pop-ups, video web banners, and even Spotify (a MUSIC platform) makes you watch ‘short videos’ when you are listening to music. Needless to say, the beast is awake and it’s hungry.

That is what this series is for. I want to cut through all the marketing dollars and buzz words to tell you what is and isn’t import in the video world, and how it pertains to outdoor media. There is often a technical explanation, but I will make sure to give you the easy explanation alongside the (maybe) confusing one.

Through the whole series, this may actually be the easier to explain so far. However, it’s implications are still a bit of an unknown… Let me explain.

Resolution is one of (if not THE) big propeller going forward in the video world. It’s a race to the biggest. In the early 2000’s it was a huge deal for people to have a high definition television. Now, it’s the defacto. Your computer monitor is HD, your TV is HD, and our cell phone’s shoot HD.

The next emerging resolution is now 4K. Or maybe you’ve heard it called UHD.

When you hear the term 4K, most likely, you’re hearing about UHD. For the sake of this article, we can consider them one in the same, but just for the sake of being the technical stickler that I am, I will quickly make the differentiation. As you can see in the chart above true 4K (DCI) has more than 4,000 horizontal pixels (4096 to be precise). That is why it is called 4K. And if you look above 4K, you can see UHD has 3,840 pixels.

The consumer infrastructure (granted, still emerging) will not be set up for true 4K, it will be based around UHD, which is a 16:9 format. The same aspect ratio is High Definition video.

Well, that is a fair question, and I have an anti-climactic answer. Truly, in my opinion, there isn’t too big of a deal – at the moment. At the writing of this article, very few people have 4K capable displays. They are flying off the shelf at Walmart and Costco, but they are still expensive. So even you publish something that is 4K, very few people will reap the benefit.

Secondly, we are still trying to figure out how to get 4K to the consumer. In the past year, YouTube and Vimeo have both added 4K upload capabilities. But the required bandwidth for 4K video is still very high, so it is still a work in progress.

4K will have it’s day (which isn’t too far off). But for right now, there isn’t a huge consumer base demanding it. However, by shooting in 4K now, it will future proof your project for when there is a 4K display in everyone’s home.

And if you’re asking how it pertains to the outdoors, you now have the baseline to understand why it DOES matter.

Even though I stated plenty of reasons why 4K isn’t quite ready for prime time, there is still a strong argument for why it is important. And oddly enough, I actually think outdoor media has some of the most compelling reasons to shoot in 4K.

We are lucky enough to explore the outdoors everyday. As adventurers and storytellers, it is our duty to make others experience things that they themselves may not have experienced on their  own. Video has changed the way we see the world – and that’s why we love it.

Our goal is to show the outdoors in a light that some haven’t seen before. We want to use any and all tools necessary to do this. Whether it’s waking up at 4am to get the perfect light at sunrise or shooting in sub-freezing temperatures to capture the frozen breath of a hiker – these all play into the story.

4K, though just a piece of emerging technology, can help in immersing the viewer. Literally, it will bring a clarity to an image they haven’t seen before.

After being stuck with Standard Definition video for so long, do you remember what it was like the first time you saw High Definition video? That awe applies to this situation as well.

Even if your final output is going to be 1080p (high definition), shooting in 4K allows for extra resolution to reframe shots – adding more tools to the arsenal once you are in the edit room.

4K is indeed an, arguably, unnecessary step forward in technology. Though a logical progression, the end user is not ready to truly reap the benefits of 4K yet.

However, that is no reason to completely ignore it’s possibilities. I choose to use 4K for its storytelling potential. I want to take advantage of what 4K has to offer, rather than just using the buzzword as part of clever marketing.

Does ROVE have 4K capabilities?

Get the goods in your Inbox

(no spam, we promise.)
About ROVE

We help outdoor brands SHOW their story. We also teach you about outdoor media.

[email protected]
Connect!
What we do.
Recent Posts
Just getting started with video for your outdoor brand? Check out our "Video Primer" to get you started...
Video Primer
Copyright Rove Media - All Rights Reserved